Facts to Know
Why you should spay or neuter your pet

What do "spay" and "neuter" really mean?

Female dogs and cats are spayed by removing their reproductive organs, and male dogs and cats are neutered by removing their testicles. In both cases the operation is performed while the pet is under anesthesia. Depending on your pet's age, size, and health, he or she will stay at your veterinarian's office for a few hours or a few days. Depending upon the procedure, your pet may need stitches removed after a few days. Your veterinarian can fully explain spay and neuter procedures to you and discuss with you the best age at which to sterilize your pet.

Spaying or Neutering Is Good for Your Pet

Spaying or Neutering Is Good for You

Spaying and Neutering Are Good for the Community

SOURCE:HUMANE SOCIETY OF THE UNITED STATES

Spayed animals no longer feel the need to roam to look for a mate. The result is that they stay home and have less chance of being involved in traumatic accidents such as being hit by a car. They also have a much lower incidence of contracting contagious diseases, and get into fewer fights.

In females, spaying decreases the incidence of breast cancer (the rate goes down to almost zero if the spaying is done before the first heat cycle!). It eliminates the chance of developing a serious and potentially fatal infection of the uterus experienced by many mature unspayed animals (pyometra).

Spay surgery also eliminates the heat cycle and associated mood swings and undesirable behaviors, messy spotting (in dogs) and the attraction of all available males to your yard.

The simple fact is that spaying and neutering greatly increases the lifespan of your pet and increases quality of life as well!

Some myths about spaying & neutering

MYTH: It's better to have one litter first.
FACT: Medical evidence indicates just the opposite. In fact, the evidence shows that females spayed before their first heat are typically healthier. Many veterinarians now sterilize dogs and cats as young as eight weeks of age. Check with your veterinarian about the appropriate time for these procedures.

MYTH: My children should experience the miracle of birth.
FACT: Even if children are able to see a pet give birth - which is unlikely, since it usually occurs at night and in seclusion - the lesson they will really learn is that animals can be created and discarded as it suits adults. Instead, it should be explained to children that the real miracle is life and that preventing the birth of some pets can save the lives of others.

MYTH: But my pet is a purebred.
FACT: So is at least one out of every four pets brought to animal shelters around the country. There are just too many dogs and cats-mixed breed and purebred.

MYTH: I want my dog to be protective.
FACT: Spaying or neutering does not affect a dog's natural instinct to protect home and family. A dog's personality is formed more by genetics and environment than by sex hormones.

MYTH: I don't want my male dog or cat to feel like less of a male.
FACT: Pets don't have any concept of sexual identity or ego. Neutering will not change a pet's basic personality. He doesn't suffer any kind of emotional reaction or identity crisis when neutered.

MYTH: But my dog (or cat) is so special, I want a puppy (or kitten) just like her.
FACT: A dog or cat may be a great pet, but that doesn't mean her offspring will be a carbon copy. Professional animal breeders who follow generations of bloodlines can't guarantee they will get just what they want out of a particular litter. A pet owner's chances are even slimmer. In fact, an entire litter of puppies or kittens might receive all of a pet's (and her mate's) worst characteristics.

MYTH: It's too expensive to have my pet spayed or neutered.
FACT: The cost of spaying or neutering depends on the sex, size, and age of the pet, your veterinarian's fees, and a number of other variables. But whatever the actual price, spay or neuter surgery is a one-time cost-a relatively small cost when compared to all the benefits. It's a bargain compared to the cost of having a litter and ensuring the health of the mother and litter; two months of pregnancy and another two months until the litter is weaned can add up to significant veterinary bills and food costs if complications develop. Most importantly, it's a very small price to pay for the health of your pet and the prevention of the births of more unwanted pets.

MYTH: I'll find good homes for all the puppies and kittens.
FACT: You may find homes for all of your pet's litter. But each home you find means one less home for the dogs and cats in shelters who need good homes. Also, in less than one year's time, each of your pet's offspring may have his or her own litter, adding even more animals to the population. The problem of pet overpopulation is created and perpetuated one litter at a time.

A Certified Non Profit Organization for Abused and Neglected Animals

Over 300 animals have become residents of Grace's Home and lead happy and
healthier lives. With your donation the dream is to expand so that we can share
Grace's Home with many more abused and neglected animals.
If you would like to help Grace's Home please contact
Pam Strange at (318) 361-0333 or email grace@bayou.com
Grace's Home
P.O. Box 1305
West Monroe, La 71294 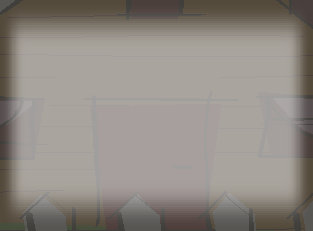 "When it comes to having a central nervous system, and the ability to feel pain, hunger, and thirt, a rat is a pig is a dog is a boy."
Grace's Home 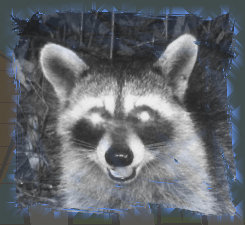 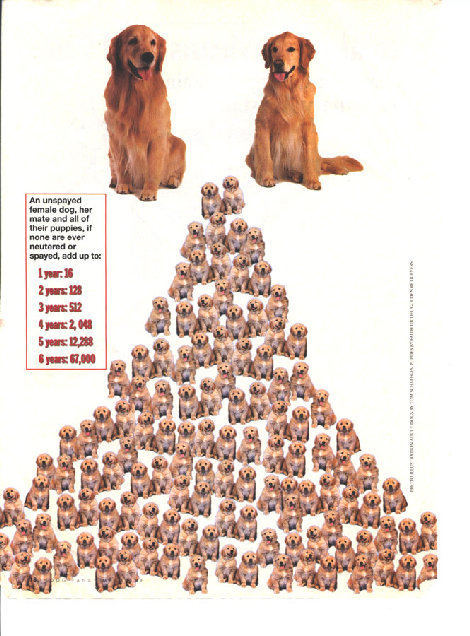 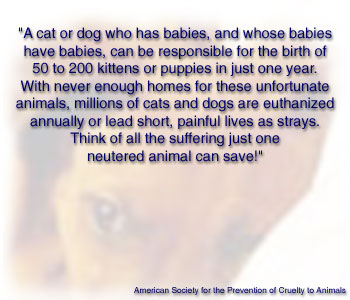